National Root Beer Float Day is on August 6th! It’s the perfect day to try something creative and tasty like this Brownie Sundae Root Beer Float. Floats are seriously one of the best treats because they are tasty, refreshing, fun and oh so easy to make! All it takes is some ice cream, a delicious soda like A&W Root Beer and then any other yummy ingredients you want to add to the mix. Compensation was provided by Dr Pepper/Snapple via MomTrends. The opinions expressed herein are those of the author and are not indicative of the opinions of Dr Pepper/Snapple or Momtrends.

I grew up enjoying A&W Root Beer, it was always my top choice for soda. I had no idea that the first time it was served to customers was way back in 1919.

It’s so rich and yummy, it’s no wonder it was an instant hit and still popular today.

I wanted to do this delish beverage justice by making an over-the-top ice cream float.

To make your floats some extra flair, try coating the rim of your serving glasses or ice cream dishes in a little chocolate sauce and crushed nuts.

Such a pretty presentation!

For each float, I chopped one brownie into little bite-sized chunks and put them into my glasses. 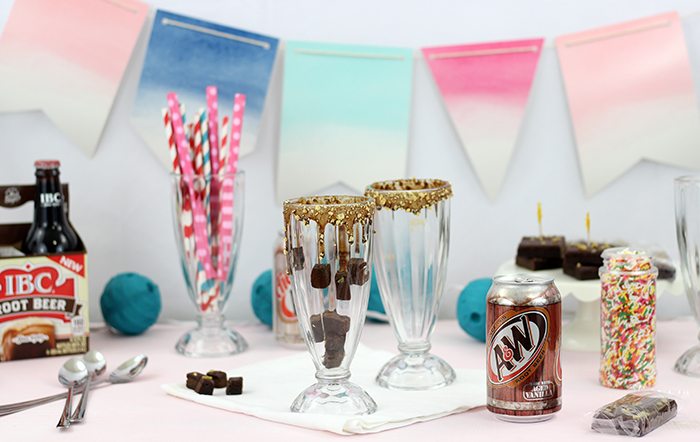 Next, I added 3 scoops of ice cream.

I chose vanilla because it’s a classic for both brownie sundaes and root beer floats.

To switch it up, you can always add your own favorite flavors. 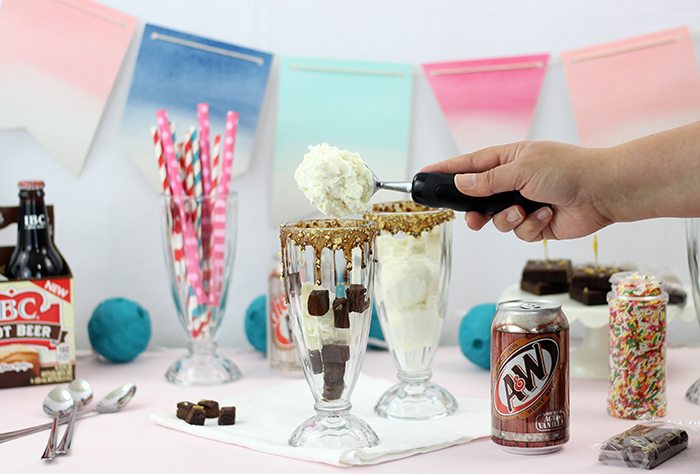 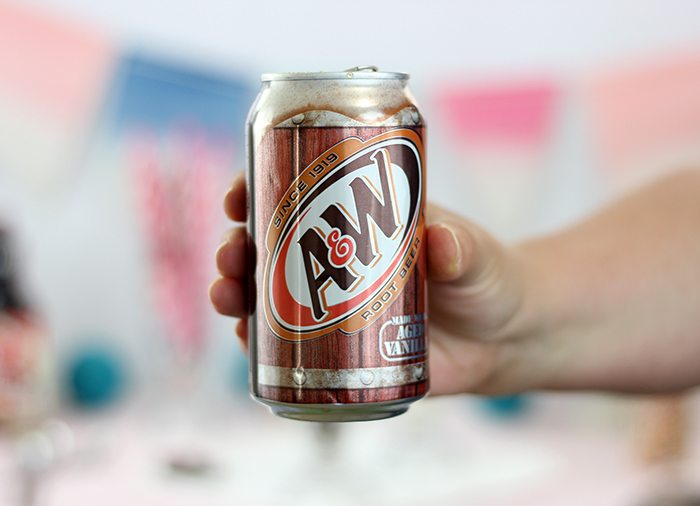 After you scoop your ice cream in to your glass, cup or sundae dish, it’s time to pour on the A&W or IBC Root Beer.

I just love the way it fizzes up over the ice cream.

I could watch that for hours… but then my ice cream would melt. Ha! 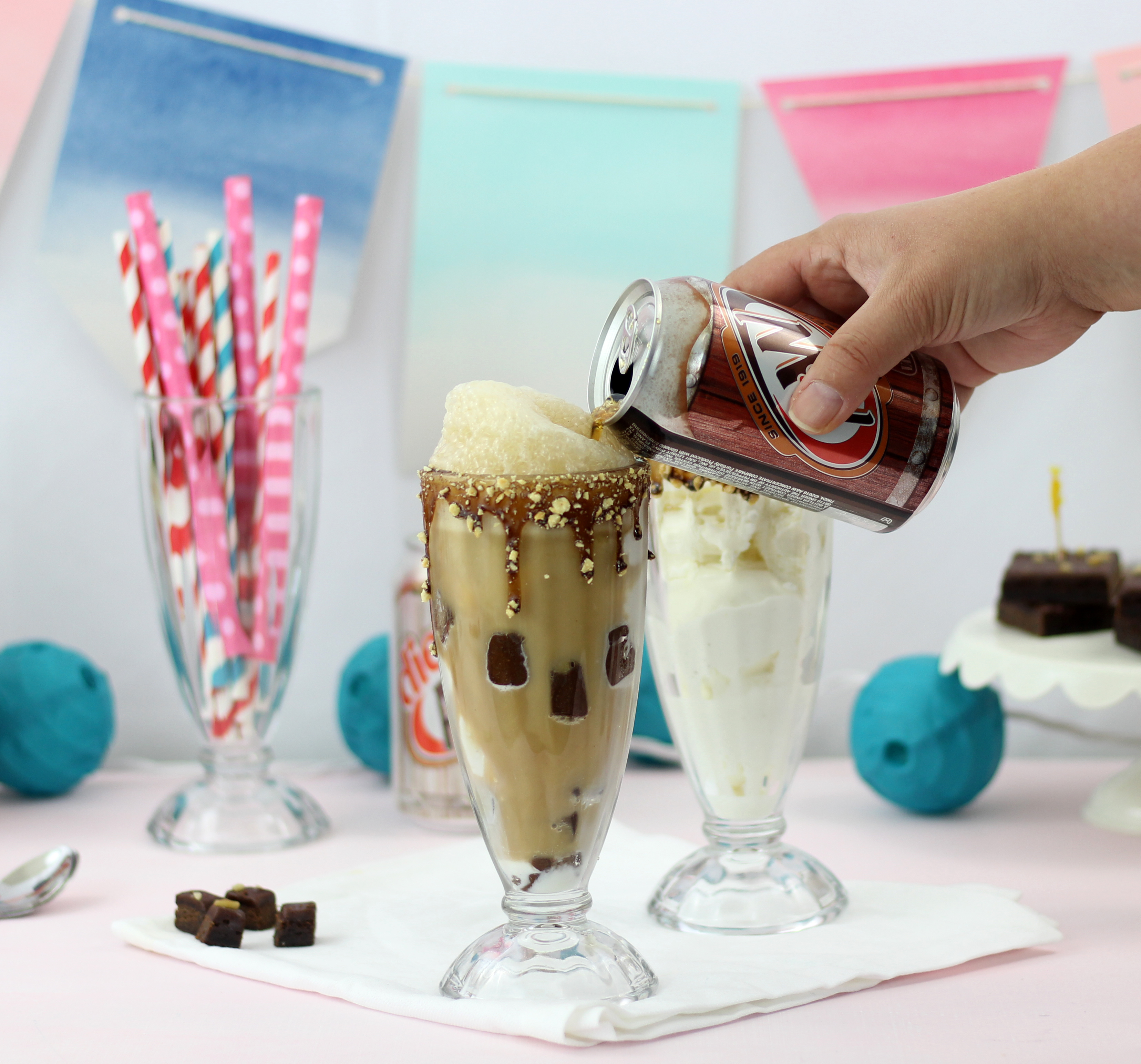 Now on to the toppings! I made this ice cream float my own by adding ingredients that I would add to a brownie sundae. Brownies, of course!

For a wow factor, add an entire brownie to the top. I broke my store bought brownies in half and held them together with a fancy toothpick.

Just place it on top! 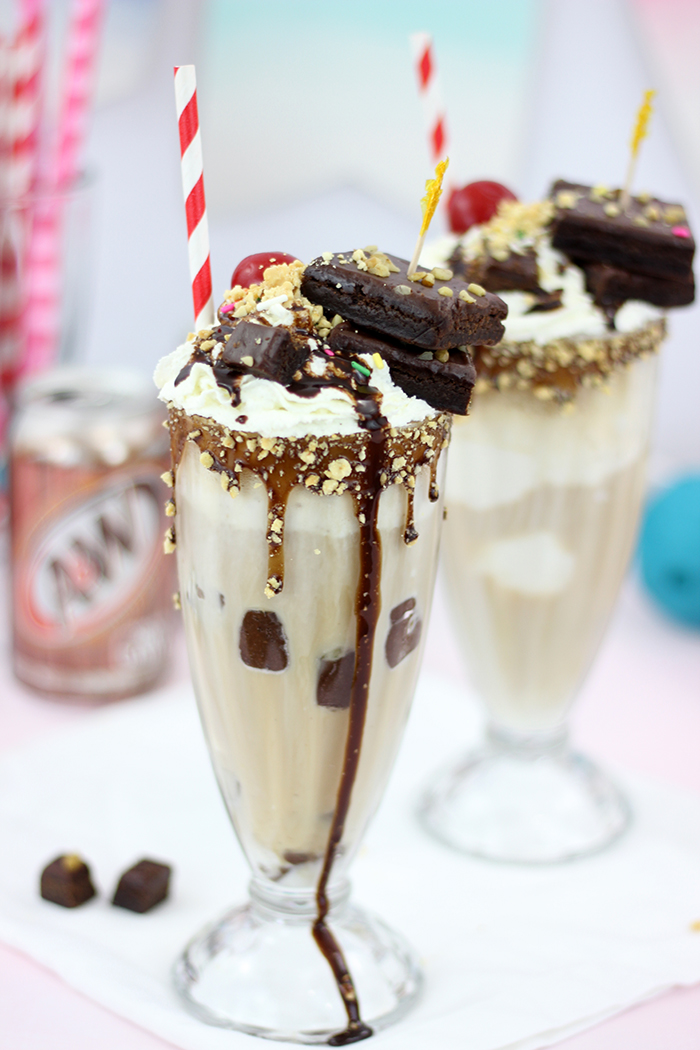 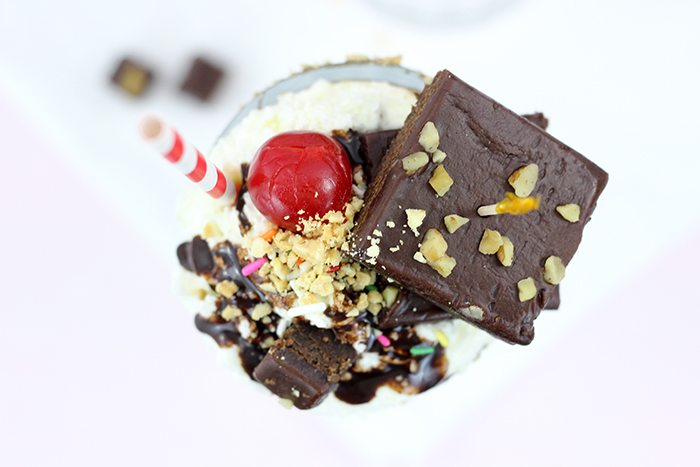 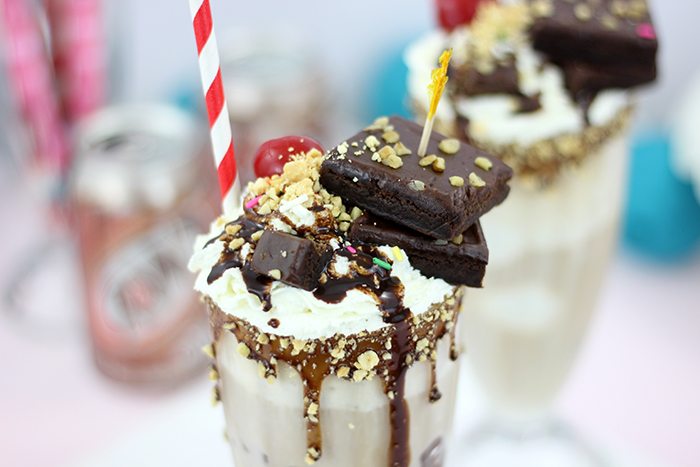 Save Recipe
Print Recipe
My Recipes My Lists My Calendar

What else could you add to take your Root Beer Float over the top? Make me hungry 😉