Last week-ish, I had shared my pumpkin slow cooker project. I boasted lots of yummy pumpkin goodies, sorry it's taken me forever to share this fun pumpkin cheesecake recipe. I'm mostly sorry because I've been selfishly enjoying it over here and that's just not my style. Sharing is caring. Still needing to make that pumpkin s'mores ice cream, I promise I'm getting there. Things have been crazy busy lately. I'm sure you can relate! 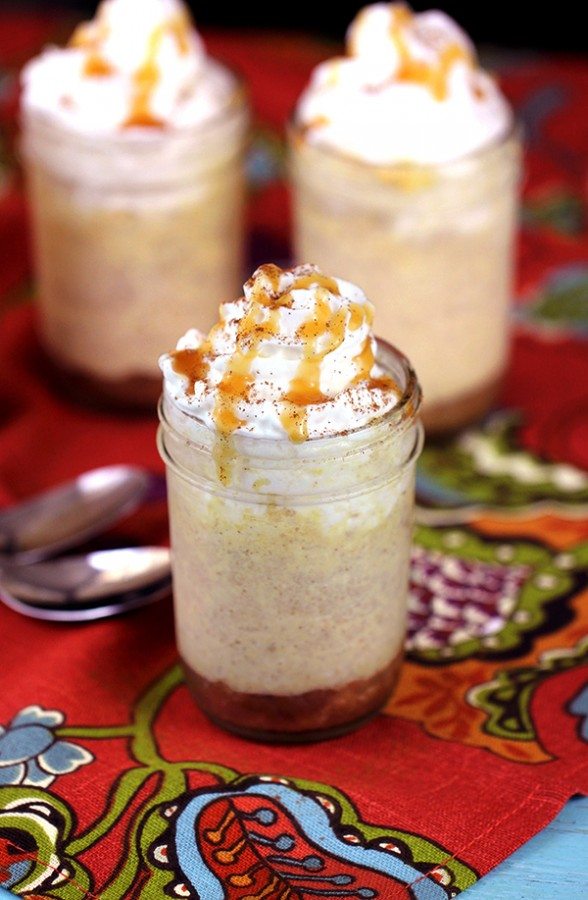 Quite some time ago I picked up a Taste of Home Magazine with Slow Cooker Meals and what do you know, they had a cheesecake recipe. I've seen it done before, but never tried until about a month ago. Totally messed that up! Goes along with that other baking mix up I did with those Oh Henry Bars. That's when I originally had the idea to take the recipe I'd found and turn it into a pumpkin cheesecake.  For that particular recipe, you need a 6" spring form pan.  The measurements for the recipe take that into consideration of course. Don't know what made me think I could ADD stuff to the recipe and not have it blow up and boil over all into my Crock Pot. Well, lesson learned friends. Lesson learned. 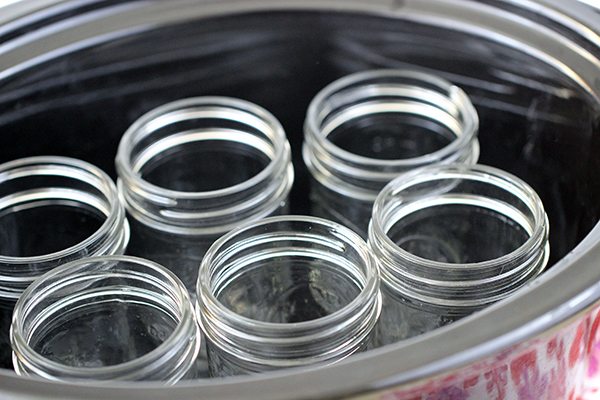 So, this time I used pint sized mason jars instead. I just couldn't think of a reasonable way to cut down the original recipe. This was my first time using them in the slow cooker and it won't be the last. Such a cool way to cook and already have the goodies all ready to serve as is.  The key to  being successful at this recipe is to make sure your slow cooker can handle fitting the mason jars. So, before attempting I'm suggesting that you do a hands on measurement. I was able to fit SIX into my 5 quart slow cooker.  If you can't fit six, you might want to cut down on the recipe or do a couple of batches. I haven't tried it any other way as of yet. 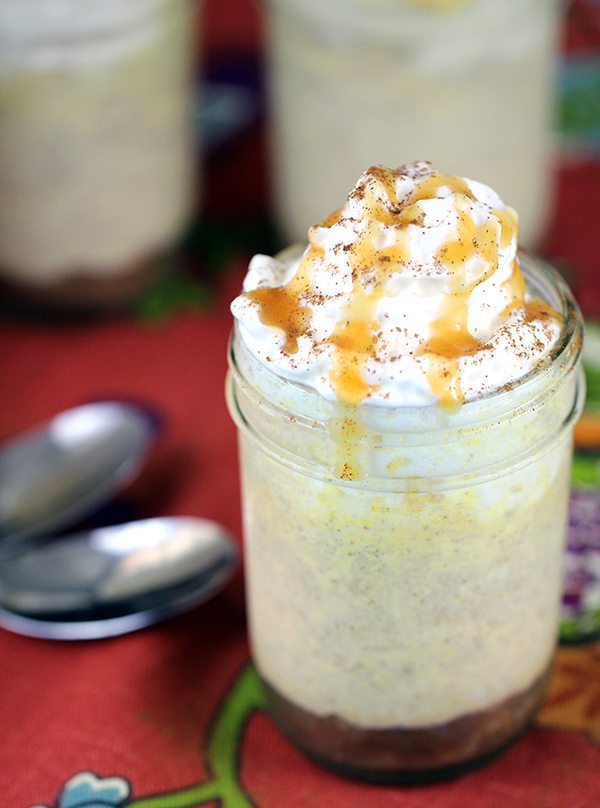 Would you like to try pumpkin cheesecake in your own slow cooker? Here's what I did!

Mmm. Really delicious stuff and a great way to kick off fall.  Have you ever made a dessert in your slow cooker? What did you make?

did I miss something? Where does the pumpkin puree go? In with the ream cheese? Otherwise sounds easy and very, very good!

Hi Dawn! Thank you for linking up your delicious cheesecake! Your recipe has been featured at our Simple Supper Tuesday Linky Party at Moore or Less Cooking! Nettie

G'day! Whata great idea I'd love to try and thanks for sharing at our #SayGdayParty Please make sure to revisit if you haven't already to Say G'day to the hosts and another person at the party! Cheers! Joanne @ What's On The List Pinned

This looks amazing!I recently got my own slow cooker, and I love looking at these recipes.